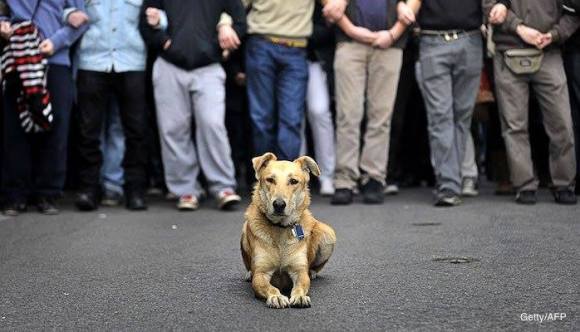 We would like to invite you to the first official screening in Australia of the film The Dogs of Democracy followed by a Q&A session with the director, Mary Zournazi, taking place on Thursday 2nd February at 7.00 pm, at the Cyprus Community Club of NSW (58 Stanmore Rd, Stanmore).

Dogs of Democracy is an essay-style documentary about the stray dogs of Athens and the people who take care of them. Author and first-time filmmaker Mary Zournazi explores life on the streets through the eyes of the dogs and peoples’ experience. Shot in location in Athens, the birthplace of democracy, the documentary is about how Greece has become the ‘stray dogs of Europe’, and how the dogs have become a symbol of hope for the people and for the anti- austerity movement. A universal story about love and loyalty and what we might learn from animals and peoples’ timeless quest for democracy.